The southern centre of the city of Brno has begun its transformation into a new modern centre thanks to the project Nová Zvonařka. This city-building project, which draws from the atmosphere of the neighbouring city centre, is a combination of office and coworking spaces, retail operations and in the future will also provide residential accommodation. The new city in a city, right next to the bus station and the shopping centre, will bring back life to a neglected part of the city of Brno. The balance between urbanism, technology, community and nature formed the cornerstone in designing the project. The result is a very easily accessible project in a very human scale, with first-rate public spaces and original architecture that fits naturally into the context of the neighbouring city centre and with the smart technologies that a modern new city–centre needs.

The ambition of the project is to be beneficial both on a micro and macro level. The Nová Zvonařka project, thanks to its versatility and flexibility, welcomes corporations, freelancers, start-ups and visitors to the city as well as those residents who live in the immediate vicinity.

No longer desolate and with a breath of fresh air, the new era of a lively and restored city centre in Brno begins!

Services in the project 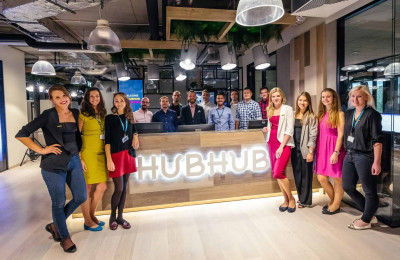 HubHub offers the full package of co-working space where worlds collide and value is created for all involved. An ecosystem in which all benefit from each other. 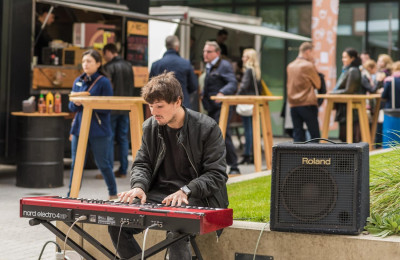 We offer a wide range of events at our building, from live musical performances, relaxing office massages and movie nights to a week long street food festival.