Twin City Tower has been awarded WELL Core & Shell Certification at the Gold level and it’s the third largest building in Europe to reach the standard.

Run by the International WELL Building Institute™ (IWBI™), this title is held by 48 buildings across Europe. Just 4 of them are in CEE and 4 are in the UK. According to its area, Twin City Tower belongs among the top 3 projects and is the only one in Slovakia to have received the certificate.

Well, what is that WELL?

IWBI is rather strict when it comes to giving certification. One of their specialists visits prospective buildings, runs measurements, collects samples and takes a wealth of information back to the institute for testing.

What information? Some of it deals with certain features, like indoor air quality, water quality, lighting and the structure and layout of spaces. Only if the standards are met does a building get certified.

By applying the principles of the WELL Building StandardTM (WELLTM), 41 features have been put to work throughout the tower. All of them aspire to improve the personal health, wellbeing and productivity of the people inside.

To keep your lungs fit, there is a 40% higher supply of air than local standards require, and the UV lamps in the ventilation system eliminate the mould and microbes. The lamps also stop these dangerous life forms from spreading around the workspace. They’re not the only thing being kept out: the Tower’s triple glass facade soundproofs the building from the busy roads nearby.

It´s all about the features

See what measures we´ve incorporated in the Twin City Tower to make it an award winning, healthy building:

The Tower is part of the larger New Nivy zone, which has been awarded a BREEAM Communities certificate at the Excellent level and ranks amongst the top 4 developments worldwide. It assesses the positive impact of development activities on the environment in which they are created, with an emphasis on responsibility.

The asset was successfully sold to a foreign investor. 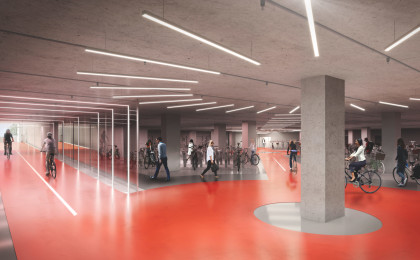 Our DSTRCT.Berlin is now WELL pre-certified at Gold level

One of three buildings in Berlin holding WELL pre-certification at Gold level is our DSTRCT.Berlin’s new office building! Greater emphasis…

3 big pieces of news from our DSTRCT.Berlin

Have you heard about the recent news from Germany? Our DSTRCT.Berlin is coming along really well: the first cornerstone has…

Something old and something new for Alter Schlachthof

What’s happening in Berlin? Following the first unveiling of our German projects at the beginning of February, we have more… 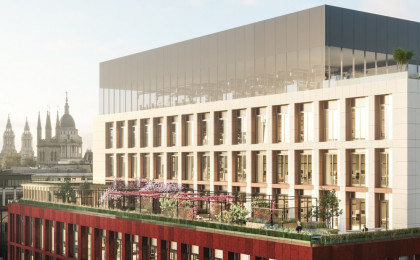 Meeting challenges head-on: We speak to Bisnow about wellbeing in the office

If you are as avid a reader of Bisnow’s morning emails as we are, you might have recently seen this…